Rugby Wroclaw Sport Club was established in 2011, but the very beginning of the biggest rugby club in the region starts in 2004, when a group of hotheads started throwing egg-shaped balls on Wrocław’s sport courts.

During the last 12 years, the Club has made a good visibility in the city and gained over 2000 fans in Poland. Just in the social media – Facebook, twitter, Instagram and through the website, over 4000 people receive all the club’s updates and information.

The Club’s core – two senior male teams consist of over 50 players, the juniors team has 15 players and the number raises with every school semester. Every half a year we conduct recruitment to the teams by testing few dozens of candidates each time. Rugby is present in Wrocław’s schools and at the universities.

To reach younger groups of youth, Rugby Wrocław participates in the Polish Rugby Union (PZR) Rugby TAG program. We have instructed over 30 P.E. teachers who train children in the primary and secondary (gimnazjum) schools. The Club’s youngest child – Wrocławska Liga Rugby (Wrocław League of Rugby) is a set of rugby TAG tournaments for children from all the Dolnośląskie region.

In the latest years Rugby Wroclaw returned to the Polish Sevens Championship and is succeeding with climbing to the highest postitions in the country.

Rugby Wrocław is much more than sports, it’s a social club gathering people of various age, background, education language and nationality. The “Killabees” society consists of over 200 members, regularly participating in the club’s life. What’s more we have probably the biggest number of Wrocław Expats and foreign students involved among all the sport clubs of Wrocław. The majority of players who have played for RW are Wrocław University of Technology graduates.

In 2018 the team started using nickname „Wasps” – as the result of finding the nest of wasps near the training pitch. These insects were so deteremined to stay by the rugby pitch, they have been returning there few times – finaly only professionals could remove them. To memorise it, team decided to start being wasps and accented this in the new logo of the club.

The club works thanks to big work and engagement of the members. On our own we are not only sponsoring all the sport actions, but also promoting rugby in the city, region and the country. For last years we have organized plenty of international games with clubs from England, France, Germany, Scotland and Wales. We are also participating in multiple sport events in Wrocław and other cities of the region, people can also meet us at family picnics organized by various companies.

Together we create a unique community which promotes such great values as brotherhood, respect to the others, fair play, solidarity and great rivalry. 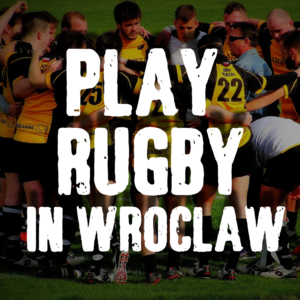 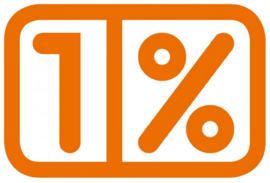